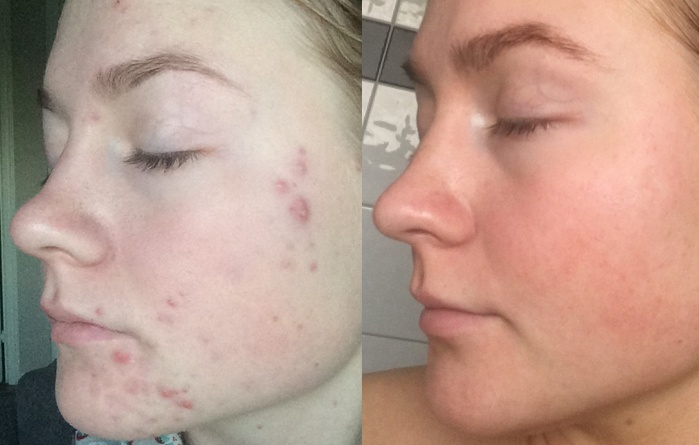 Acne is an inflammatory disorder of the sebaceous glands. It is one of the most common dermatological disorders and is considered a chronic disease.  Treatments may be required to improve both the physical appearance and prevent physical and psychological scarring. Before and after 2 treatments

Whilst it is primarily a skin disorder of the young, often clearing up spontaneously.  Acne can affect up to 12% of women and 3% of men over the age of 25.  Treatment options for all age groups  and both sexes have been largely the same, until now.  We are now able to treat acne using the revolutionary effects of plasma energy. Plasma is the fourth state of matter after, solids, liquids and gasses. the effect it has on the skin varies the

deeper it penetrates as shown in the illustration above.

History of plasma in medical application

The use of plasma in the medical field goes back as far as World War II, to sterilise wounds and surgical instruments.

According to the latest cell biological research conducted by Munich University, plasma works separately in bacteria and the human cell. While it is fatal to bacteria, it produces beneficial stimulation human cells and helps with regeneration. This is how plasma shower kills the p acnes bacteria that causes the inflammatory outbreaks of acne. Before and above 4 days after first treatment

Several studies have been carried outbid the Korean Institute for Skin and Clinical Science proving the sterilising effect the Acne Bacteria, increasing the thickness of skin density as well as the benefits.